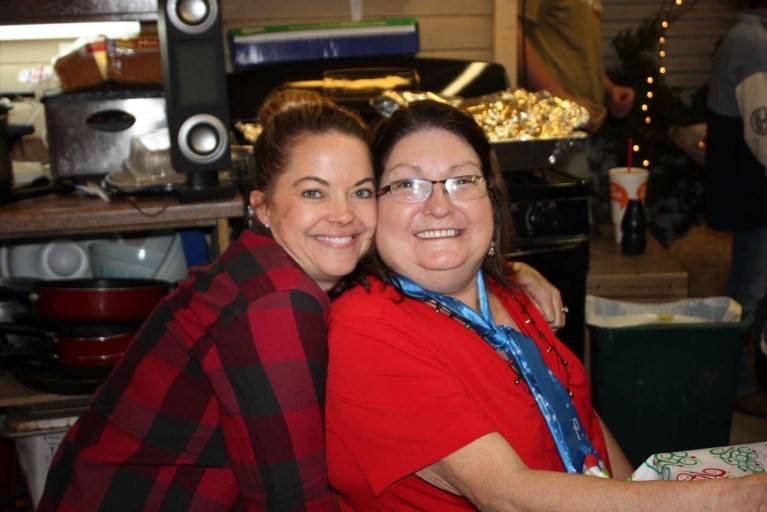 I was diagnosed in March of 2012 at 35 years old. I actually found the spot on my own in the shower. I had just stopped nursing my 6 month old daughter. I also had a 2 year old. My paternal grandmother was the only family history of cancer and it was not the same kind. This had the doctors convinced that at my age and without significant family history; I was going to be BRCA positive. So not only were they telling me I had breast cancer but would more than likely need a Total Hysterectomy.

I moved very quickly and aggressively due to my age and having two very small children. I wanted to get the cancer out and begin my recovery to be able to care for my two baby girls. Fortunately, I was BRCA negative and didn’t need a hysterectomy.

For the first two weeks after my diagnosis, I would wake up in the middle of the night not being able to catch my breath. I felt alone and could not stop thinking about my daughters and how this would/could affect them. My husband found a 1800 hotline of past breast cancer survivors. They were available 24/7. Most of the ladies I was able to talk were very comforting. The disconnect for me was that none of them were my age or near my age with young children that I could relate to.

I had my Double Mastectomy less than 30 days after my diagnosis with two more reconstructive surgeries by the end of 2012. By the fall of 2013, my family and I had signed up for the Race for Cure. We have participated every year since. I have had a very positive outlook. I was determined to not let breast cancer define me. I don’t think about it every day EVEN when I look at my bare chest in the mirror.

I was ready to give back but wanted to give back the way I would have most appreciated. I knew I was not the only younger person diagnosed with breast cancer. I did research the 1800 number that I called and it was no longer in service. I then began to talk to my doctor and her nurse about ways I could possibly give back. We decided that I would be available to her office and patients as needed. When they have a younger patient that needs support, the nurse will give them my number. When I am called, I am an open book. They can ask me whatever they want. We can talk about whatever they want. I just want them to feel relatable and supported.

Last year I celebrated my 5 year cancer free anniversary! Unfortunately, the same year cancer struck my family again. My mom was diagnosed with Stage 1 breast cancer at 67 years old in December 2016.  The cancer was found on her routine mammogram.  She had a lumpectomy in January with plans for radiation and hormone therapy. The plan was not an easy one BUT it didn’t involve chemotherapy at that point. We were blindsided when her results came back with a genetic marker for a high chance of cancer returning somewhere else in her body. The oncologist then recommended four rounds of chemotherapy to be done prior to the radiation.

Mom did her first and only round of chemotherapy in February 2017.  The chemotherapy hit my mom really hard. She had to be put in the hospital for several days after she got EVERY side effect that could possibly even occur. The oncologist and mom decided the effects of the chemotherapy were not worth the small percentage it would help with the risk of recurrence.

Mom then knocked out her six weeks of radiation. Her twin (Aunt Joan) took her EVERY DAY EVERY WEEK!! There are plenty of stories to tell of their daily adventures. Mom finished in perfect time to enjoy Mother’s Day. We had a party to celebrate! Mom then started her hormone therapy AND besides the hot flashes, she is doing great! Her hair grew back AND dark for the record with lots curls!!

Unfortunately, there were a few more bumps in the road for my mom. During a follow up visit with her oncologist, some concerns with her labs lead to an ultrasound that lead to a CT finding a mass on her one of her kidneys and a few spots on her lungs. She was then diagnosed kidney cancer. This cancer was totally unrelated. In September 2017, my mom had her kidney removed. The spots on her lungs are being monitored and not a growing concern at this time.

Mom broke down and retired from her job of working in the cafeteria at the local high school where she lives this past May of 2018. This was a year earlier than she had planned. The time after the chemo has been rough for her (even just the one dose). She is still trying to get off the hamster wheel of doctor appointments so she can truly start to enjoy her retirement life.

Whether we welcomed it or not, breast cancer became a family affair for my family. We were both very lucky to be surrounded by supportive friends and family. It is very personal as I have two young daughters that may have this part of my genes. We do not just want a cure, we NEED a cure to knock out breast cancer before it effects ANYMORE of our family or friends.